Tom Cox ‘When I became a father…’

…I had it easy. I’m not even going to lie and say it was hard the first year or so. Because it wasn’t.

I was simply on cloud nine the entire time because my soulmate had joined our newly created family. I was so proud parading him around the village in my lovely new pushchair and dressing him in the trendiest insta-worthy leggings. Yes, I was shattered. Yes, I had to learn quickly it wasn’t about me anymore and yes, I gained the post-baby weight… but I was in my element. This was everything I wanted and more. I had my little boy.

Kai came home at 14 months old. We adopted him after having the first year of his life in foster care. He was one of the lucky ones. He was with his foster carer since birth right up until the day we popped in said “hello”. That day… wow. I’ll never forget it. After all the meetings, assessments panels, training. You’re waiting in your car outside the foster carer’s house knowing the minute you ring that doorbell and step inside your life will change forever. And it did.

We’d seen photos and videos and even met the foster carer (and birth parents!) all before in many a meeting. But this right here, this was the real deal. And nothing will ever prepare you for a day like that. To see your son come crawling around the kitchen door, smiling as if he knew you already (I think on some level he did.) It was the greatest day of my life. I had won all the lotteries when I saw his silly, little face.

And now, four years down the line, the bond and love and daily life is in full swing. To be honest, he bonded very quickly. It was my biggest fear that he’d have mass anxiety at being removed from all he knew since birth. His wonderful foster carer was ‘mum’ to him. And then she was gone. But he took it so well. He didn’t know who we were from Adam… yet in that week of introductions we worked harder than we ever have. Doing a little bit more for him each day. One day breakfast, the next a trip to the park and all the nappies. The third day we were there for wake up and bath time… until the day it was time to bring him home. No real words do justice to that experience. It’s so surreal yet also so beautiful. It felt like our own version of a labour. We were so, so lucky to have the loveliest social workers and team all helping us on the journey. You can hear so much negativity about it all, and yes there are horror stories and budget cuts galore… but ultimately what we went through was helping us find our boy. 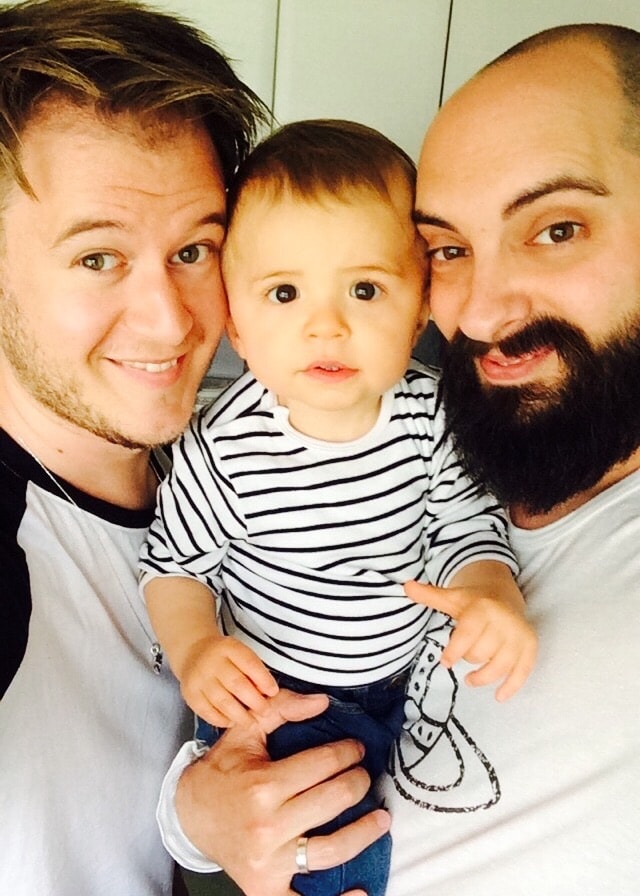 In the last four years I can safely say we’ve had it all. Illnesses, trips to A&E, bumps to the head, biting and hitting, taking his first steps, his first holiday, nursery, now school and so, so many laughs and loves along the way.

But it hasn’t been without its challenges. What was that about it being easy? Terrible twos? A breeze. But yeh, then he turned three and well…

The last couple of years have been a game changer. From being a dream sleeper 7am-7pm he suddenly decided he needed us to lay with him each night (which was fine and of course we did it) but he also shot up wide awake at midnight and came running in to our room. Then the new wake up time was 4am like it was normal. It knocked us for six. We’d been lulled in to the falsest sense of security I’d ever known. I’ll always remember one morning the clock started with a ‘3’. We don’t talk about that day.

Between ages 3 and 5 it was hard. Beautiful too, but hard. He’s growing. Learning. Taking in so much. All he wants to do (still) is be an 18-year-old independent boy. But he’s my five-year-old. My little baby boy. And it’s been hard adapting to this ever-changing world where he re-invents himself every few months it seems. We have a new cycle every quarter or so where sleep will do something new, school will be great then he’ll find it hard… it’s like navigating yourself around a minefield at times. I work full time, have a side hustle and I’m a dad (throw into that moving to a new house currently too!). Parenting will always come first without a doubt, but I also believe it’s so important to make sure you retain who you are and not get lost in their world completely. Save a little 1 or 2% for yourself if you can.

When I became a father, I had no idea. No real idea how it’d change. How much you’d worry. How little time you’d have for ‘you’ each day. How your emotions will be pulled in a hundred different directions daily. But truthfully, I wouldn’t change it for a single thing.

Tom, 34, works in digital marketing, is married and a dad to his son, Kai. In his words ‘An adoptive dad. A gay dad. Or maybe just a dad?’. You can follow him at Unlikely Dad on Instagram.