A blog dedicated to honesty, and laughing (or crying) at the ridiculous things life throws at us; we're all in this together because none of us really knows what we're doing.
Categories
Gift Packages

The Any Occasion Package™

Emily Coxhead created The Happy Newspaper in 2015 after she noticed the impact the mainstream news and social media was having on her own mental health. She was not the only one who felt that way and something that was supposed to be a one-off now has a 60,000 strong readership each quarter. In the last 18 months, The Happy Newspaper has been one of our most popular products – we’re sure you can guess why.

We’re delighted that Emily has taken the time to answer some questions as part of our ‘Spotlight on…’ series. Her answers are typically thoughtful and moving  – a winning combination

Tell us a bit about The Happy Newspaper came about?

I had the idea for The Happy Newspaper early 2015 and in the summer decided to make it a real thing so I set up a Kickstarter (crowd funded) campaign, the first issue was published December 2015. I graduated in 2014 and started working freelance as a photographer, graphic designer, and illustrator. As I was going through my own struggles at the time, I started to notice the impact the news and social media were having on my mental health. As I started to talk more about this to others, I realised there were a lot of other people feeling the same way. So many people had stopped buying newspapers or watching the news because it felt like a constant bombardment of terrible things happening. The reaction from the first ever newspaper was more than I ever expected, I didn’t have a plan to do more than one newspaper to be totally honest (issue 1 was a roundup of the whole year), I just wanted it to be a reminder that there’s always good stuff happening, even if we don’t always hear about it. After the first issue came out, I quickly realised it was something people wanted more of. During this time, I was designing and selling greeting cards and products on Etsy which led on to a card publishing deal, a book deal with Penguin Random House in New York and a licensing deal with multiple licenses. The Happy Newspaper itself was never originally the main focus, it started off as a bit of a novelty, however we’ve recently published Issue 23 and now print upwards of 60,000 copies every quarter. The most amazing part of the business is that we’re able to give back, we send one newspaper to a school for every two newspapers we send to a subscriber, we’ve sent over 90,000 newspapers to schools in the UK since September 2020. We also fund the planting of a tree for every newspaper we send to a subscriber as well. 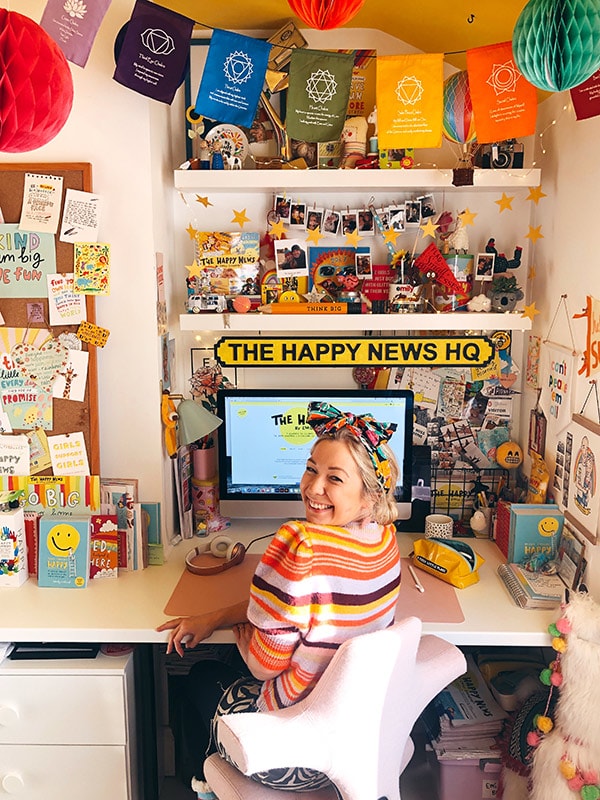 How have you found the last 12 months?

The last 12 months have been a huge challenge in so many different ways for the business and on a personal level, not being able to see certain friends of family and postponing our wedding three times! In terms of running and creating the newspaper it didn’t really change at all as we all work remotely and always have, I think the difficulty was knowing how much sadness and heartbreak everybody was going through including our writers and contributors. I felt like we needed to keep going to provide a little bit of light in such a dark time, but it was incredibly difficult at times.

A big challenge for the business the past year has been the change to exporting rules due to Brexit. The aim of The Happy Newspaper has always been to share as much positive news with as many people as possible but unfortunately, the new rules have meant that we’ve had to temporarily stop taking on new subscribers from the EU. It’ll be a big challenge over the next 12 months to try and find a way to make things work because we don’t want anybody missing out on happy news!

We received a lot more gift subscriptions during the pandemic, lots of people started buying the years gift subscription for their grandparents or people they couldn’t see which was amazing and made me so happy. Obviously, wholesale orders went down but instead we saw a lot of businesses and organisations buying copies for their colleagues or shops buying copies to put in food orders for free etc. There was such a sense of community and kindness everywhere, it was really magic to be a small part of it.

Have you learned anything new in the last 12 months that you will be keeping even once life (hopefully) returns to normal?

I’ve learned that it’s okay to step back and it’s okay to rest. As the business carried on almost as normal, I didn’t feel like I could fully switch off but after growing the business in more ways that I could’ve ever imagined over the past five years as well as renovating our first home and planning a wedding (and everything else in between!), the pandemic forced me to slow down. Although I always have been quite good at noticing and appreciating the small stuff it emphasised that even more; a walk in the sunshine, talking to my Nan through her window or giving big hugs, it’s those little moments we should hold on to.

A lot of our packages are sent for people going through something, whether that’s illness or a break up or a tough time at work. What’s your go-to product or thing to do when you’re feeling the need for TLC?

It wasn’t a physical gift but after one of the worst years of my life, me and my boyfriend didn’t have very much money, but I’d said multiple times that the only place I wanted to be was on my favourite beach (my happy place) in Cornwall and basically if I’d had the money I would’ve escaped there. For Christmas that year my boyfriend got me a postcard with a photo of the beach on and told me we were going, and I sobbed, it meant more than he realised. A few years later he proposed on that very beach!

What’s next for the business? Where do you see yourself in twelve months time?

I’ve honestly no idea, I’ve never had a plan so I guess it would be crazy to start planning now. We are due to get married very soon so once the madness has calmed down, next year will be focused on how we continue to grow and sustain The Happy Newspaper. I have had no background in business (or journalism for that matter!) so all of this has been a huge learning curve for me and something I am still figuring out and learning as I go. An unbelievable amount has happened in the last six years, including several book deals, more press than I ever imagined I could or would do, hundreds of products being licensed and The Happy News greeting cards being published etc so now it’s about looking at what I think is the most important and of course what brings me the most amount of joy so I can continue to share that with others. 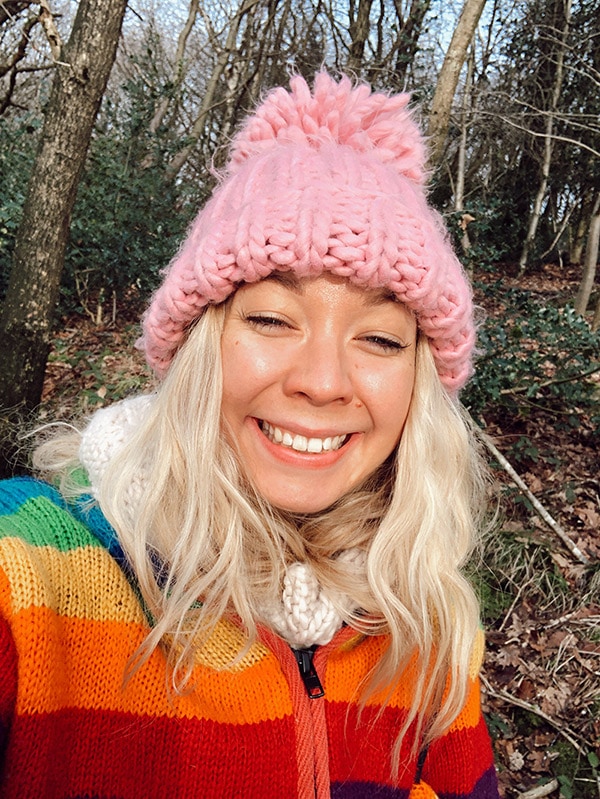 What makes you laugh?

People, there are so many people in my life that I can count on to make me laugh… I think it’s the most important thing. Also Friends, The Office (USA) and Peter Kay.

Words to live by?

‘Nothing ever goes wrong’ – this is something my Fiancé and I have said to each other for many years, and it’s always said at the worst times or just after a disaster. But what it means to us is that no matter what does go wrong in your life there is always a way out of the situation you’re in or a light at the end of the tunnel. If you stay positive and try not to take the little, tiny moments of happiness for granted then life can feel as if ‘nothing ever goes wrong’.