I was giddy with excitement when I met Doug. This glorious man made me laugh, he was smart, he was kind, he had enthusiasm and a sense of adventure and got stuff done. He was a hunky package of everything I loved about a person.

The deal was sealed a few weeks after we met when I went to visit him in Italy, where he was playing rugby. As we walked in to a bar, a man raised an eyebrow at Doug and held out a guitar. Doug bashfully took it and started to play. Sweet lord alive, he could even play the guitar. From that moment I was in hook, line and sinker.

We were married and started a family pretty quickly. The burning loins of the early months were replaced with simmering resentment. Rather than spontaneous kisses and the odd romp on the sofa (can you imagine?) it’s hard to stop our relationship from becoming very functional. Discussing logistics of children and work and pick ups and remembering to book that appointment and fill in that form. Sometimes we’ll peck on the cheek with less passion than a kiss for grandma.

And to make it worse, we remember that exciting young couple. That row about whether the freezer needs defrosting only highlights how much has changed. And when it gets a bit dark neither of us really wants to bring that up because we’ve no idea how you get anywhere near back to that former glory. Is this us? Are we done?

But like any cycle, we’ll also have the ups. In some freakish turn of events this week, we woke up before the kids and lay in bed chatting. No one was grumpy or in a rush. There may have been some fumbling. The rest of the week has involved more affection, more communicating and empathy. Kindness seems to be the key – someone has to bypass the rage trip switch with kindness because when you’re both feeling aggrieved and no one is willing to break the cycle, it gets pretty grim.

I recently posted about how we find it really hard to transition after Doug has been away for work; I’ve been desperate for him to get home, he can’t wait to get home, he gets home and we spend the weekend bickering and then on Monday morning WhatsApp each other to say ‘why did we just waste a weekend?’. I had a few friends say to me afterwards ‘I didn’t want to comment but we’re exactly like this’.

A bit like realising most of us feel like we’re doing a dreadful job of parenting some of the time and no one has all the answers, it helps to know other couples are having the same rows, showing a meanness to each other even though when the shit hits the fan they’re the one you want by your side. They’re also the only person you would hiss at or hang up on. You wouldn’t walk through the school gates and say ‘fucks sake Sandra, why are you so fucking irritating?’. We save that for the one we really love.

When I was growing up, I thought marriages ended because of ‘big’ reasons. Death, betrayal, an unsolvable disagreement about something fundamental. Actually, when the big stuff happens – cancer, work stress, crisis of confidence – we’re good, we pull each other up and we would defend one another to the death. But a whole weekend can take a downward turn when he leaves his pants on the floor and I feel affronted by the cereal bowl on top of rather than in the dishwasher. And to counterbalance my feelings of overwhelm, I write to do lists and bark them at him repeatedly in an increasingly frantic manner. It makes for a great time.

Ten years and three children in, I know we’re still working it out. But the biggest surprise of all is realising that marriage isn’t plain sailing and that is ok. I guess when they wrote that whole ‘for better or worse’ some clever stick had already worked that out.

Sometimes we feel connected and we work as a team and it’s brilliant, other times I’ll say something dreadful like ‘I could do this better without you’ because we’re tired and functioning our way through the week, any morsel of patience or energy reserved for the kids and watching box sets.

We had some counselling in the run up to having our third baby, with the knowledge that there may be a rocky (ragey) road ahead if the first two babies were anything to go by. She helped us to see our grievances from the other person’s perspective which is tricky to do yourselves when you’re at loggerheads. It also meant once a week we had a babysitter and after the session we’d have a drink and talk and we had time together. Time always helps. 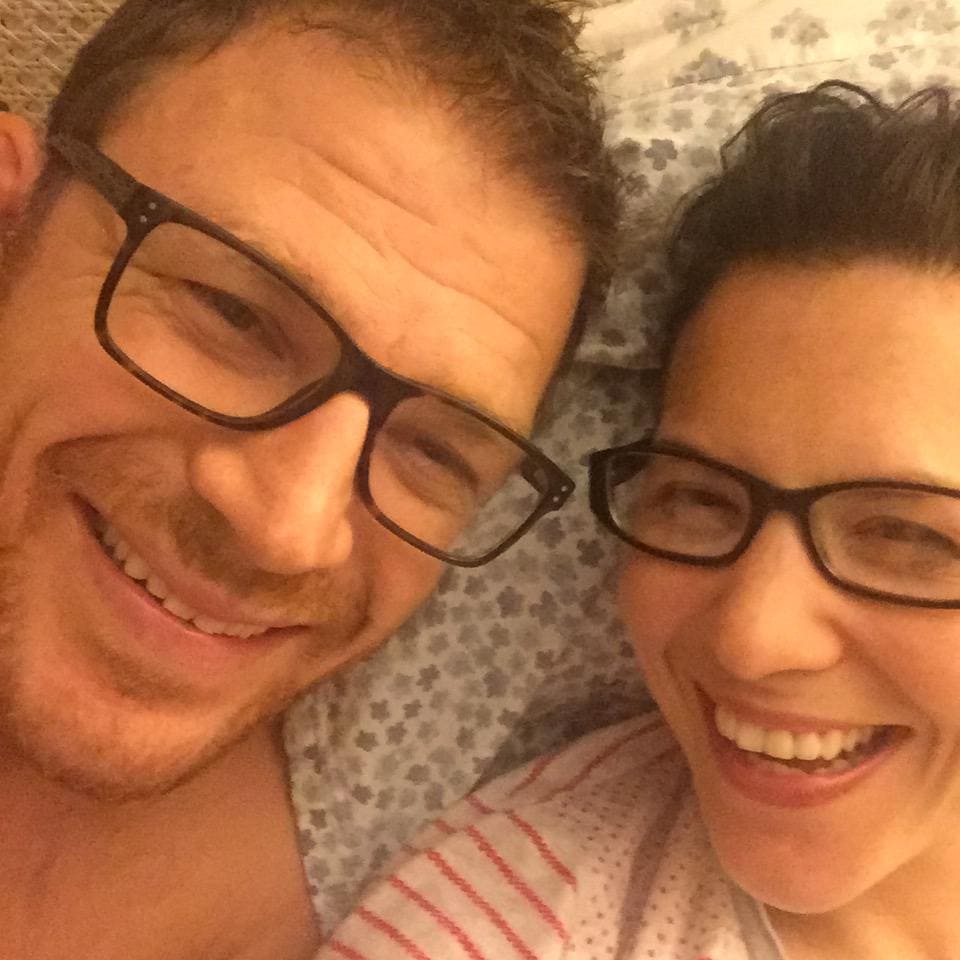 Also, remember how friends and family chant ‘WE WILL’ when asked if they promise to love and support a couple at their wedding? Yet if you’re struggling, you often isolate yourselves further because you feel like you’re failing at something that ‘should’ work, and you don’t want to confide that things appear to be going tits up if it might all be ok in a few weeks. But in speaking with friends and family I always realise 1) everyone is having the rows and 2) it can be very bloody funny when you say what you were rowing about out loud. I have actually argued ‘why can’t you do it at work?’ when Doug has legged it straight to the loo when he gets in while I continue to wrestle overtired kids, a solo toilet break feeling like the epitome of luxury. Doug replies ‘I am not a dog, I can’t do it on demand’. Did I mention we used to look at each other lustily?

It’s only recently I’ve realised that behind most closed doors, other couples are at best rowing about the bins, or at worst thinking their marriage is over. There is therapy in being able to acknowledge that keeping a relationship going takes work and it’s not one continuous upward curve to blissful living. There’s disconnect and discord along the way, and I’m guessing there always will be, albeit hopefully slightly less so when we’re sleeping a bit more.

And Doug? For the record, there’s no one I’d rather bumble my way along with.

If you do want to treat the one you love this Valentine’s Day – perhaps to show you didn’t mean all the hissing – we’ve some gorgeous thoughtful packages for men and women.

Oh my God Steph, this is spot on!
I often have to be the peace keeper in my marriage. My husband is amazing, but argues for a living so I have no chance. He also has a highly stressful job, that combined with 2 children, running my own business, life generally and the expectation that I can still have a tidy house and cook supper, I often want to throttle him.
The tone that a question is asked can change a lovely evening into heated row followed by stoney silence for the night.
We both try to take a deep breath and remember who we are and how well we’ve done!

Oh my god if I had a £1 every time I get pulled up on my tone, apparently I’ve done it for our entire relationship – FFS its just my voice!!

Wow this is so so honest and really struck a chord with me. So refreshing to read and strangely comforting. All of the things you mention happen in my marriage yet I wouldn’t want to walk through life with anyone else but my husband!Thank you for writing it!

This is refreshingly honest – thank you. I’m currently undergoing CBT for postnatal anxiety and depression and it’s interesting to hear that some of the things I had put down to my mental health are actually what a lot of married people go through who aren’t suffering like me! That’s a great comfort – thanks again x

I really needed to hear this at the moment! Been with my husband for nearly 20 years and now have a 5 and 1 year old. We had so long together just us it’s been a tough road getting used to the new dynamics of having kids!! X

Thank you got your wonderful bravery and honesty! Very well written and much needed blog post!