Matt Coyne ‘When I became a father…’

For a very long time I wasn’t really interested in becoming a dad, I didn’t really think about it. In the end, it was my own father who changed all that.

I wrote about it in my first book ‘Dummy’, in the form of a letter to Charlie, explaining how he came to be:

…Basically, before you came along, we were happy and had a pretty good life. We didn’t really talk about having kids.  Weirdly, it just didn’t come up that often and as we got older I think we both just kind of assumed that we wouldn’t have any.

Then one morning in 2009, I got a phone call from my dad, your Grandad Gerald. He sounded kind of confused and he stumblingly explained that he wasn’t feeling too well. That morning, he’d been in church and when asked to do a reading he found himself halfway through and unable to concentrate. The words were spidering across the page and he couldn’t quite focus. Worried, we took him off to the hospital and, after a few days of tests, it turned out that he was more unwell than we thought and he had a type of cancer that had spread to his brain.

There are times for all of us when circumstance will plunge its fist into your chest, tear out your heart and show it to you, pink and beating. And for the year that my dad had left, as a family we were hollowed out. I miss your grandad a lot, and it feels like something is out of kilter with reality that you and him will never meet. You’d have got on.

But, in the months he had left we talked a lot about us as father and son. He apologised a lot for the mistakes he’d made as a parent. There weren’t any, but he apologised anyway. I apologised for my mistakes as a son. There were plenty but he pretended there weren’t. And, he talked about how he had come to terms with what was to come because his kids were settled and happy.

These were strange conversations. Maybe it’s because when you’re talking to someone who is dying everything they say seems somehow profound and worth listening to.

What these conversations did, though, was make me see parenthood slightly differently. Your grandad was still a young man at the time of his diagnosis and so had been given a pretty shitty deal. But he accepted that deal more easily because his children were happy, and I thought that a curious thing. There was no way, placed in his position, I could have so easily accepted such a raw fate, just because another human (even one that I was related to) was okay.

I started to realise that being a parent was defined by an odd sort of selflessness. An unselfishness I just didn’t have, and that the relationship between a parent and their kid was a genuinely unique one.

And, maybe, as I lost one relationship to the great nothing, the closest I would ever find to it again would be from the other side of that equation as a dad to a son or daughter.

So, when your grandad died, this experience, these conversations and this new wisdom got scooped up with the feelings of mortality that come along with a parent dying. Your mum was close to your grandad and she felt the same sense, and all of this stuff was smashed together to make us realise that it might be quite good if you were in our lives.

In the weeks after your grandad died, me and your mum had that conversation: The one that cemented our decision to try for a baby. And, in that moment, we felt like we had called out to the universe.. and you, our Charlie, boarded a big, fuck-off, white egg, like Superman leaving his home planet, and you would crash land into our lives at your earliest convenience. 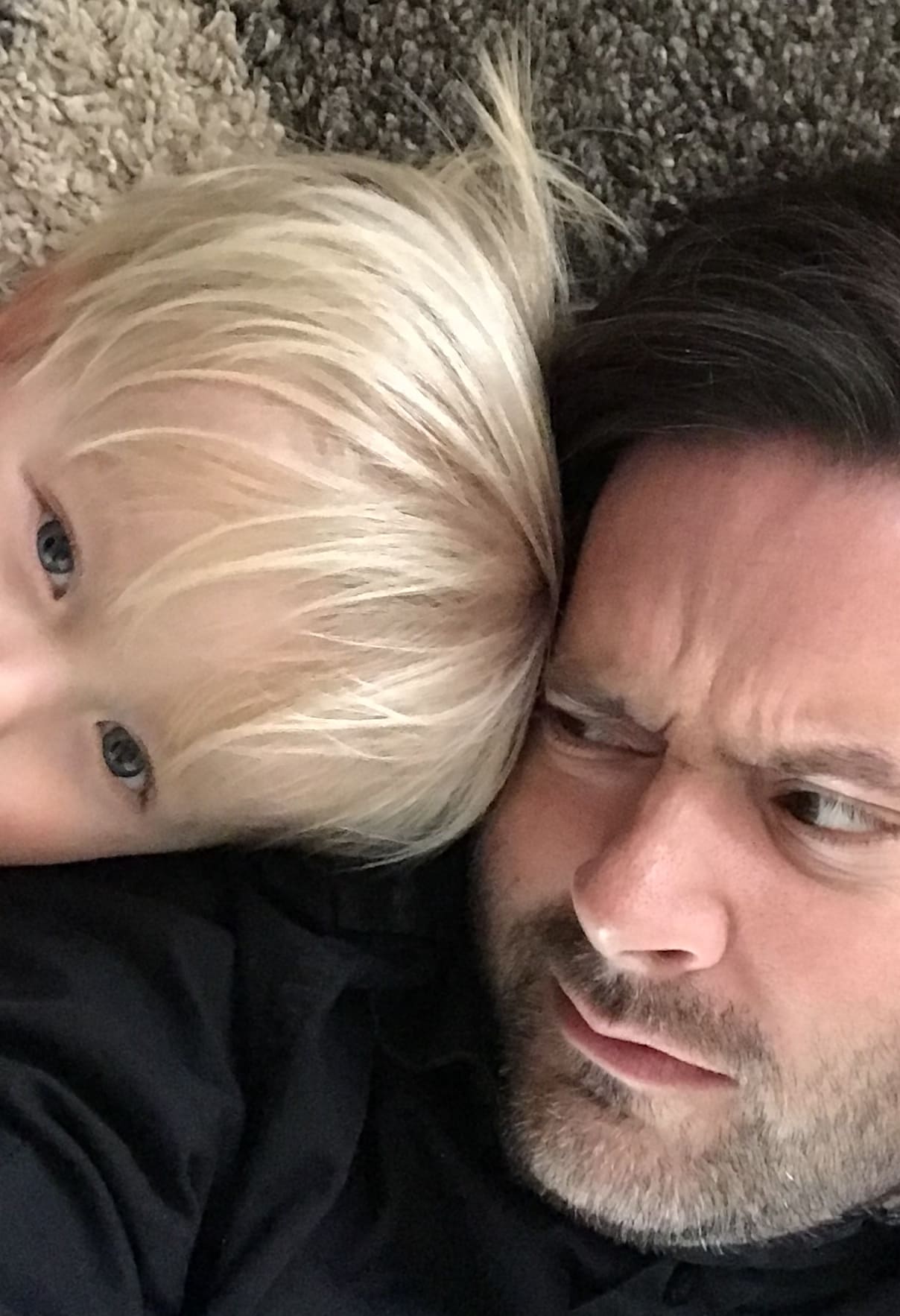 It didn’t work that way. The universe was an un-cooperative shithead.

It would be four years before you landed. Four years of disappointments and defeats, false starts and sometimes brutal sadness. And, your absence began to feel like a weight belt. But your mum is determined and I’m disney-optimistic and we didn’t give up.

Like so many parents for whom having kids is not straightforward, every time we walked into the wood-chipper of disappointment, we walked out the other side, bloodied but determined to reassemble ourselves and keep going.  With no guarantees, nothing like simple certainty.

Then you happened. Your superman egg appeared on the radar. Faint at first, but a clear blip. We wouldn’t get carried away or get our hopes up, but it was there, blipping away, and as you got closer the blipping got stronger.

And three months after you announced that you were on your way (in the beautifully, inauspicious guise of  a smiley emoticon on a piss-covered plastic stick).. we saw you on a screen, and the moment that we saw your  black and white feet and a grainy middle finger, it felt like something perfect.

Matt is Dad to Charlie and keeps us entertained over on Instagram as Man vs Baby. His second book Man vs. Toddler is out now. Matt is donating his writer’s fee to the Coppafeel Himalayas Trek, which he’ll be doing in October and we shall be following avidly… snigger. Good luck Matt x

My husband and I had a similar conversation after his father passed away, and we are still in the throes of our “disappointments and defeats”. I hold out hope that our child is in their superman egg heading towards us too 🙂
Beautiful words, Matt!

Masses of love and luck to you both x