Ben Anderson ‘When I became a father…’

When I became a father for the first time in July 2014, I didn’t have a clue. I was the first in my friendship group to have a child so I had no real idea of what being a father was going to be like.

I had been estranged from my own father for about 3 years at the time so I hadn’t had the chance to sit down and discuss what this journey was going to be like throughout the pregnancy. Sophie hadn’t met her father at this point so there was no reference point there either. From the moment Arlo was born, I instantly felt like my life took on a whole new meaning. Suddenly there was this precious little life that needed me, my support and my guidance and I couldn’t wait to give it to him.

When I became a father for the second time in February 2016, it was like starting all over again. My first daughter, Myla. When she was born the first thing I remember looking at were her fingers and thinking that her little fingernails were so girly. Everything about her seemed more delicate and dainty than with Arlo even though size wise there wasn’t much difference. Instantly this feeling of needing to be her protector just kicked in. It’s hard to explain but there’s just something extra special about that father/daughter bond. By this point my relationship with my father was back on track and Sophie had now found her father and one thing that I came to understand from having both of these men back in our lives is that no matter what happens in life, you NEVER stop loving your children. 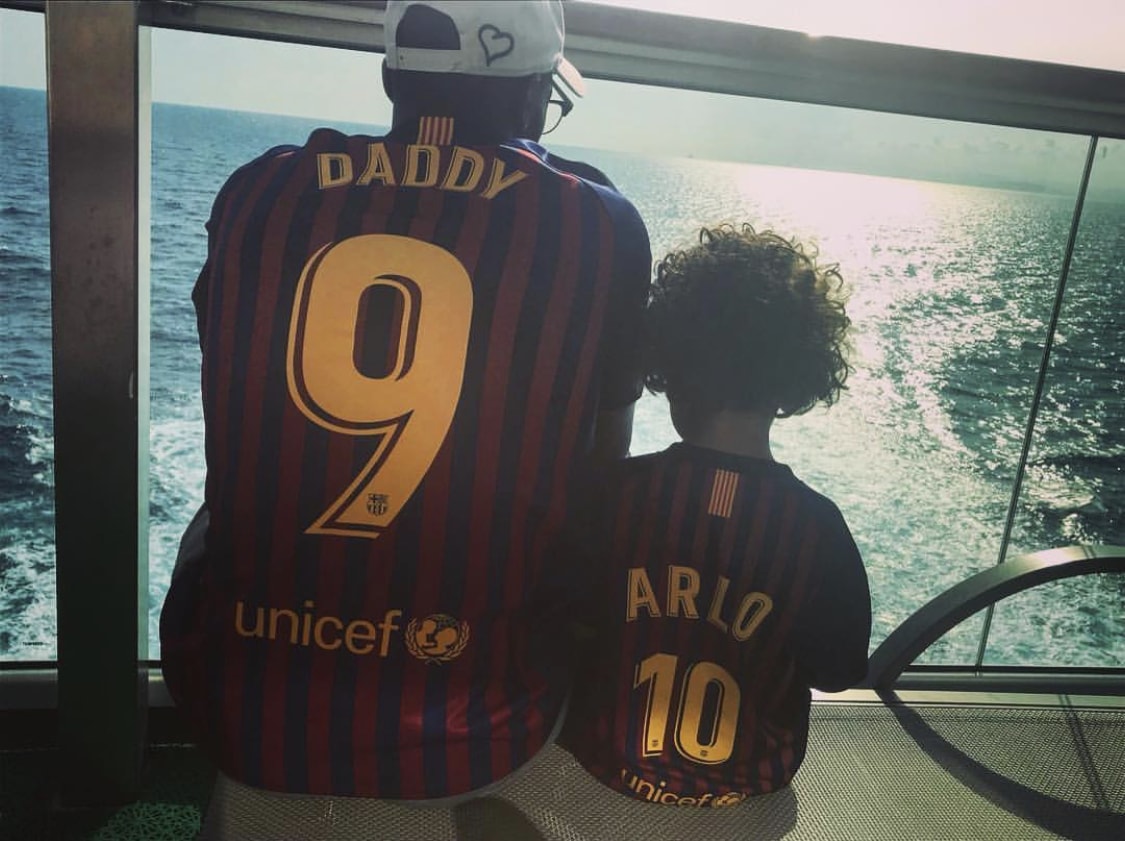 When I became a father for the third time in August 2017, I felt at ease. I’d experienced the first child. I’d experienced the first daughter and now Esme was here. My second daughter. Seeing how her siblings took to her arrival when they came in to visit her in hospital was one of the proudest moments of my life. Arlo was cautious but gentle. Myla was more hands-on and her repeated appeal to “hold her, hold her” had everyone in the hospital room in fits of laughter. Esme was so precious and despite the first 6 months of her life being the hardest  out of the three with a lot of sickness and reflux she brought such amazing joy to our lives and to our family as a whole.

Now here’s where the narrative changes slightly. With each of the pregnancies above I’ve referred to myself becoming a father when the child was born and entered into the world.

However, the reality is that from the moment that those children were conceived is when I became their father. The way I bonded with them and talked to them whilst they were growing inside Sophie, the way I planned what I was going to do with them when they were born and as they grew older was all part of the early stages of fatherhood.

When I became a father for the fourth time in December 2018, it wasn’t exactly a surprise. As before we had planned things meticulously. The premise was simple: we still have nappies in the house and we didn’t ever want to get out of the routine and then have to go back into baby mode so we just kept going! What did come as a surprise was that at an early scan at 6 weeks, I discovered that I wasn’t just becoming a father for the fourth time but it was actually the fifth time too – TWINS! At around 12 weeks we told some close family members that we were pregnant but the reveal of the twins didn’t come until later at 16 weeks when the doctors were happy that they were developing nicely – it’s safe to say everyone was shocked! Sadly, this pregnancy didn’t have the happy ending like the 3 before it. At around 20 weeks Sophie developed an infection that triggered early labour and then at 21 weeks + 2 the twins were born, both passing away very shortly after birth. I’d not experienced anything like this before and holding my son Cairo and my daughter Chloe in my arms under these circumstances was and still is one of the most difficult things I’ve ever had to do.

Only time will tell if I ever get the chance to become a father again. Regardless of whether that happens again or not, I can honestly say that becoming a father is one of the most precious things that can happen in life. And at a time of year when Fathers are being celebrated, it really does bring me great joy to be on this fatherhood journey.

Ben runs an events company within the music industry with his wife Sophie, and shares family life with three children on his Instagram at The Diary of a Dad.