Defiance and Reality with Stand Up To Cancer

Stories of cancer are often a tale of two sides – Triumph or Tragedy. Life or Death. And in both cases, the story is interweaved with words like ‘brave’ and ‘inspirational’.

This week I hosted a panel of three people who have been through cancer, amid beautifully raw images of scars caused by cancer from a series called Defiance by photographer Ami Barwell.

The aim was to share stories; to hear honest experiences of cancer, to challenge the depiction of cancer patients as old and grey. Doug, Juliet and Tasha talked about what and who helped when they were going through treatment. We discussed adjusting to a new normal. They shared their lowest moments. They talked about what they did to pull themselves out of the dark and feel defiant.

Cancer is an intensely personal experience with so many variables, from diagnosis to treatment to an individual’s attitude. But there were some commonalities they shared that evening that my brain has been trying to digest since I heard them. Some because it was something I hadn’t thought about before, and some because I feel like they should be included in the conversation around cancer more often.

Where I might have thought that getting to the end of treatment would be a huge relief, a marker that recovery can begin and (all being well) life can resume, Juliet described this as a really vulnerable time. Treatment gives a person a schedule, a purpose, regular contact with people trying to help them and make them better. There is an element of control in an uncontrollable situation as everyone is ‘doing’ something. After that, not only is there adjustment to a new normal, there’s waiting. The end of treatment also coincides for many with less people checking up on you, less people rallying. 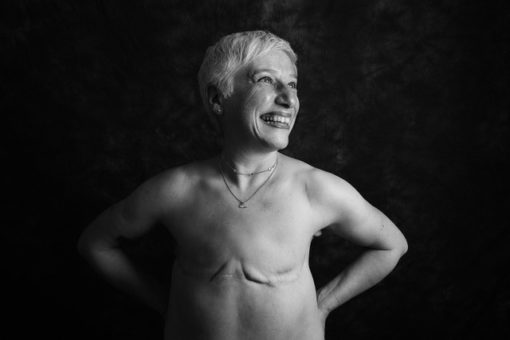 We talked about time horizons. Doug spoke about having an incurable cancer and how he now allows himself to think about five and ten years’ time in a way he didn’t used to. He has regular check-ups to look at the levels of that cancer, but he’s not in active treatment and he doesn’t look like someone going through cancer.  With developments in research, there will increasingly be people ‘living with cancer’ and we need to get comfortable with that, which is a big shift from thinking that someone with cancer is either on their way to being cured or facing imminent death.

We maybe need to pause to think about why we want someone to be well, to the point that we feel the need to react to someone’s diagnosis with ‘Oh I know someone who had that and they’re now 93 and just climbed Snowdon’. It’s human nature to want to make it ok. If they’re well, they’re ok. Which means we’re ok. Mortality is scary and we want to brush over it and make it all better.

On talking about the facial disfigurement she was left with after being diagnosed with Neuroblastoma aged 17, Tasha said people kept telling her that she looked great, you could hardly notice. Tasha’s face had changed. Her face was unrecognisable, especially to her. She didn’t need someone to tell her it looked ok because it felt like they were dismissing something that was causing her pain and sadness. She wanted to be able to mourn the change. She also eloquently pointed out the utter ridiculousness of a selfie culture where people seek to ‘perfect’ their features, which has arisen all while she’s been growing up and adjusting to her changed face. 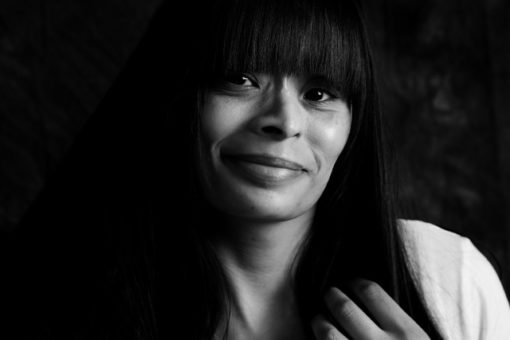 As Juliet describes it on her blog, Blooming Cancer, cancer is a headfuck. Juliet, who previously loved to travel, managed a couple of trips after diagnosis in 2016, but in the last two years has ended up cancelling some big holidays. She says she didn’t have the mental strength to make herself go. Life centres around home because it is her safe place and she links it to feelings of control and comfort.

Whenever one of our kids says something hurts, they are whipped to the doctors. A pain must be a tumour. Living with the threat of cancer’s return and fear for loved ones is tiring, but ever-present. There can also be guilt for not ‘living your best life’ at all times, guilt of surviving. I saw these three wonderful people look at others in the room who had also been through cancer with humility; ‘theirs must have been worse than mine’.

At the panel discussion, Martin Ledwick, Head Nurse at CRUK, said that something they hear a lot from cancer patients is ‘People keep telling me I have to be brave’. It’s too much to put bravery on to the list of all the things that someone going through cancer has to deal with. Having spoken with people going through cancer as well as watching my husband’s experience, there are moments of bravery. But also, there are terrifying moments. Low points when that person is staring in to the dark, facing their own death, imagining the people they will leave behind. And anger – anger at their own body, anger at people around them.

I had our first baby the day after Doug finished six weeks of radiotherapy. We pulled together pretty well and learned lessons about each other that may seem unfair for a young couple to have to handle, but in hindsight have probably helped us massively as we try and navigate married life. When I had our second baby 21 months later, I struggled. I think in part it was the small age gap and in part some kind of delayed post-traumatic stress after having our first baby while we climbed through Doug’s diagnosis. I had expectations that this time, Doug would be On It with the baby because the first time had been so hard. On Tuesday night Doug talked about how I turned to him in the car and said ‘I’m not coping. I can’t cope’ and he replied ‘Don’t fucking tell me you can’t cope’. I’m not upset with Doug’s reaction, I’m angry that cancer made him feel that. But I am also now grateful that he can voice it and isn’t quietly harbouring a rage that was actually rational. He had been coping for two years and he was struggling.

That piece about mental health – the long-term impact of cancer – is something that we’re only just getting to grips with. It’s not very stiff-upper-lip to dwell on once you’re through it, is it?

Except the impact IS long term and it might just be that talking about it not only helps the person doing the talking, it helps others. Some people choose to deal with their cancer very privately. I guess the important thing is that no-one is made to feel they can’t talk about it because it makes others uncomfortable. With 1 in 2 people being diagnosed with cancer at some point in their lifetime, we’d better get comfortable with it.

When I posted a film that Stand Up To Cancer created of Doug and I this week, there was something uncomfortable about people describing us as inspirational and brave. Honestly? We didn’t have much choice. We still don’t.

I prefer the idea of defiance. To challenge authority. Bold disobedience. For a person to handle it how they need to. Which might be privately. And it might be to bare scars that people have previously felt they needed to hide away. To tell stories. To share thoughts, even if they are uncomfortable. Showing weakness alongside strength, and facing the lows along with the triumphs, together.

Stand Up To Cancer have raised over £62million in the UK so far, and their purpose is to speed up life-saving research. If you would like to donate, head here.

Thank you to Stand Up To Cancer for giving us the opportunity to talk. I started working with the charity when we created the Stand Up To Cancer Care Package, developing our first bespoke package on the basis that what might offer some TLC to someone going through cancer will vary hugely.

With a special thank you to Juliet, Tasha and Doug for being so honest. I think you’re all pretty wonderful.