I’d love to say that last week I took an intentional break from the internet, that I was using a family holiday to practice some *klaxon* mindfulness. Be present, switch off and just be.

We arrived in the Lake District at midnight, after a ten hour journey and one child with diarrhoea. Both kids were wide awake and wide eyed as we swerved on treacherous, narrow and sheep-filled roads looking for our accommodation in pitch black countryside. Doug, who had booked the holiday and wasn’t going to admit that it was a little more remote than he’d planned, retained optimism levels Clark Griswold would be impressed by, repeating ‘what an adventure’ and ‘Look kids – sheep!’.  I was muttering under my unsteady breath ‘I am going to kill you. I think I’m going to die. We’re all going to die’.

The signal on my phone had disappeared some time before we arrived, but surely any 21st century accommodation would have wifi as standard, no? No. Just a hulking great payphone.

I looked meaningfully at Doug and came up with many practical reasons why not having WIFI could be a DISASTER, including:

The next morning I dozed in bed (albeit to the strains of shrieky kids) rather than picking up my phone from the second I woke up and getting lost in pictures of the wedding of a friend of someone I vaguely know. When we went to bed instead of lying next to each other silently scrolling, we went to sleep. I finished a book I’d started in January. Anyone with small kids knows that ‘free time’ is at a premium, but hang on – how much of it is now eaten away with grazing on Facebook and Instagram, or responding to messages? And if not actually responding, mentally logging the need to respond and turning on the guilt until you actually respond? All while bemoaning how busy and tired we are.

Life is fast paced. We are constantly connected and on the receiving end of a barrage of information. There’s little time for contemplation.

Box sets allow us to zoom through a series, Mabel didn’t see the inside of a supermarket until fairly recently because online shopping saved me from that hell with two kids under two, and pretty much everything can be pre-booked or pre-ordered. When I’m in a queue and the person gets to the front and then proceeds to get their bank card out, I feel myself get huffy. Why is it not in your palm ready? Efficiency has taken over, and having all the information literally at your fingertips compounds this. Simultaneously, the information we’re bombarded with includes Dalai Lama quotes that make me feel ashamed and suggestions I need to start colouring in during my free time so I can be a bit more Zen.

Doug has suggested I’m ‘marching through life instead of dancing’ (oh for fuck’s sake) and ultimately I’m bloody knackered. We’re all knackered. But last week – without the internet – was an eye opener.

The urge to pick up my phone and mindlessly tap in the four digit code – flicking between email, Instagram, Whatsapp, Facebook, Twitter and back again – has taken over. One study last year suggested the average person looks at their phone 85 times a day*. It was only when WIFI wasn’t available that I realised how often I must do this, and it’s not for a few seconds. I can lose twenty minutes multiple times a day going down a rabbit hole of holiday snaps of people I don’t know, and coming out at a clip of a 70s dance off that goes on for six minutes.

The biggest difference was how much thinking time I had without my phone. There was a big peaceful hole where I would normally be checking it – every time Doug left the room, on the toilet… When did the switch happen that instead of a desire to tap in to a network, it’s become a compulsion? When there is opportunity to have some down time, it’s been replaced with staring at my phone.

As well as many practical uses, being online has saved me from going mad. Try googling ‘why won’t my baby sleep?’ at 3am and although you won’t find the answer, you will find a community of women asking the same question. It even helped me in labour when I searched ‘what does a mucus plug look like?’ (Although I’d advise you don’t do it. Ever. When you see one, you will know). Having connections with people to laugh or empathise with can be a huge boost, and most importantly confirm that none of us is going through the trials of adulthood alone. The internet has also enabled me to launch and grow a business and get to know an overwhelmingly supportive network of women, bloggers and business owners.

What last week showed me though is that it’s not the interaction stuff that is sapping away time, it’s the mindless minutes and the frequency that are the problem. Prior to our holiday Doug woke up and fell asleep to me next to him on my phone three days running – he knew the damn cottage didn’t have WIFI.  The world and how much we engage online has changed significantly and it feels like I’m not really equipped with how to ‘manage’ myself. 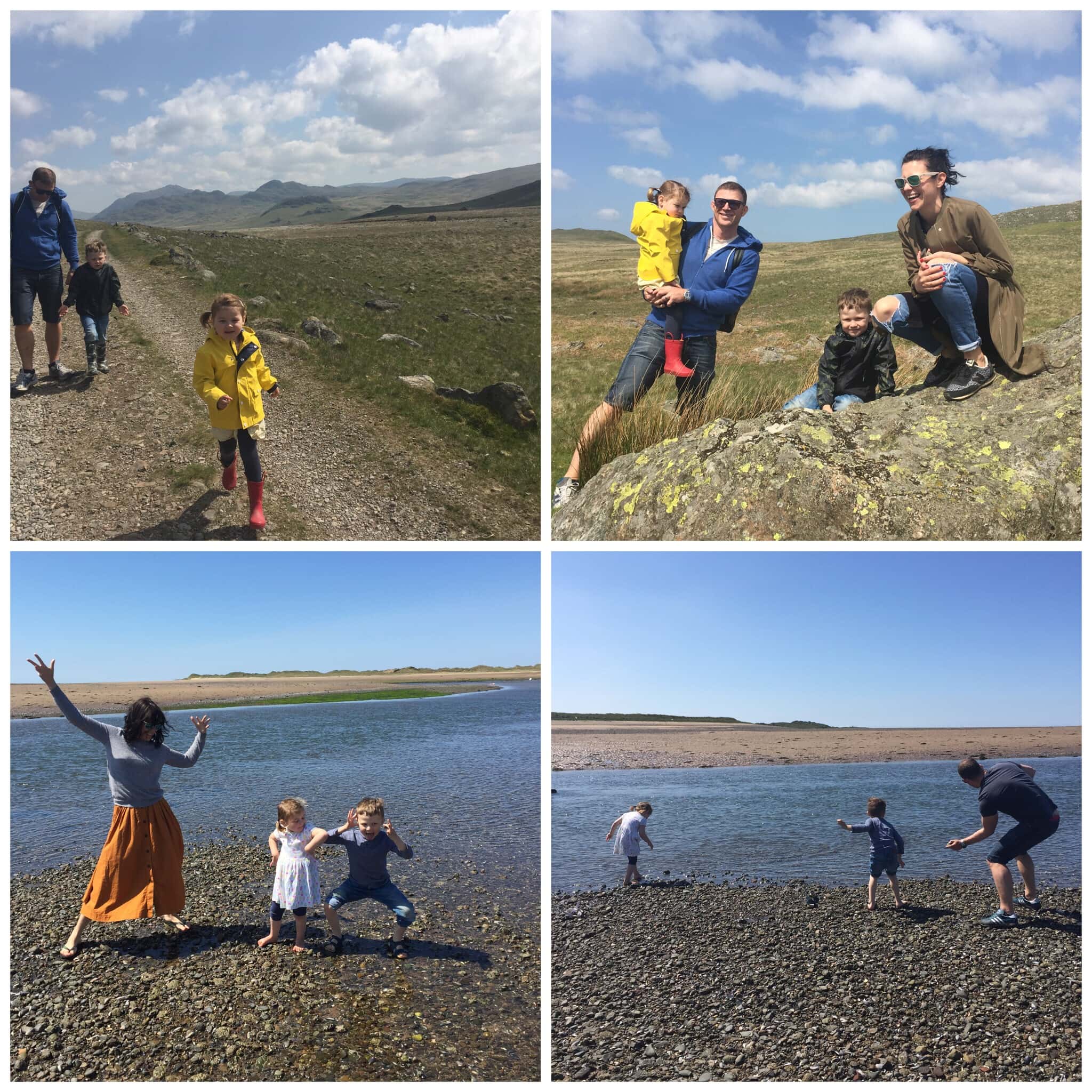 I’ve left my phone downstairs for the last few nights. On Sunday when I got up I sorted my wardrobe. The clutter in our house with two growing kids and a business taking over has been making me anxious but I ‘haven’t had the time’, so it gets added to that guilt list. Turns out I just needed an hour when I wasn’t lost in my phone. I’m ready to try and get some of that time back. And maybe even do something more exciting with it than sort wardrobes. Possibly.

And just like that, you’ve convinced me to leave my phone downstairs tonight. Tony goes to sleep and wakes up every night while I’ve got mine in my hand. My wardrobes could do with a de-clutter. (I do love your IG feed though….)
Xx

Ha – don’t worry, I love IG! It’s just the looking mindlessly at stuff I need to kerb. And deffo leave the phone downstairs – how good could MORE sleep be?! x

So well said. I ‘quit’Facebook years ago because of my growing compulsion to check it!!! I couldtnt believe how much more free time I had. But also (and something I would be interested to hear you write about) I noticed it was making me anxious and well, sad to say envious!.. of other peoples picture perfect and high acheiving (or so it seemed) lives. I was going through a tough time being unwell and eventually diagnosed with MS, and the futile side of socila media really hit home. But… like you I love other aspects of it so I have to be so careful when I can feel my compusion to check taking hold again..:/ . Great article. Keep writing.

Thanks Rach – yep, I think if you’re feeling at all anxious or unsure of yourself, Facebook can be really tough. I know lots of people that have come off it at certain times, whic I totally understand. Thank you!

Thanks very much – now I’ve said it out loud I am noticing it even more so my phone is currently in another room!

Great post. Although of course I’m reading it on my phone when I should be tidying up!! I’ve got three young children and run a shop. I’m always ‘just checking’ my phone. I must waste so much time. It’s partly because I’m too tired and so sitting down looking at shit on my phone is easier than doing the dishes. But then I get such guilt. So my pledge here is to leave my phone down stairs and only check Facebook etc once a day!!!

Funny isn’t it? What we manage to achieve when we put our phones down for longer than 15 minutes. 85 times a day? I reckon mine is checked oodles more times than that! Well done you. This is very inspiring. I know you didn’t really have a choice, but well done Doug! My husband refuses to put his phone down for longer than 30 minutes either – sheesh we are a lost cause! x