For the Love of Naps

DBHF Founder Steph Writes About Her Love of Naps, on World Sleep Day

I’m not talking about dozing off on the sofa, the Accidental Nap. I’m talking fully focused, 100% committed, I am taking off my trousers and getting under the bedcovers naps.I often think about the nap I’m going to have when I wake up. Or if I can’t get one that day, I bank it for the weekend and fantasise about it all week.

I’ve been chasing the elusive eight hours at night for at least ten years now. Sometimes I can’t sleep as I wake at 3am and my brain is racing. Sometimes a child is ill or in a bad pattern of waking up. Sometimes I intend to go to bed early but am hooked on a series and stay up late for ‘just one more episode’, or lose 30 mins to scrolling. Recently, I’ve noticed I’m waking before 6am even when no children are awake and I’m wondering if this is the beginning of the end and soon I’ll be having lunch at 11am and taking my slippers with me to other people’s houses.

But do you know what naps do? They take the pressure OFF night time sleep, which in turn makes me more likely to sleep anyway.

If you’re thinking that naps are for nanas, let me tell you that naps are used by athletes because they allow the body to recover, but are known as a Controlled Recovery Period*. That’s right, if you like naps, YOU are (like) an athlete.

The thing is, we’re tired. The last year has been especially exhausting. Where in our youth there was a cut off period between interacting and going to bed, we now have the potential to be ‘on’ 24/7. There is information to gather, opinions to form, cheer to share in the form of hilarious videos, in addition to work, family, friendships, hopes and dreams… it’s too much. Throw in the lack of sleep and I’m a miserable witch with the capacity to suck the joy out of any nice moments.

I have a selection of friends who encourage each other to get a nap in when we can hear the fragility in each other’s voice. ‘You know what you need, can you get a nap in?’ is just about the most comforting thing. In Claudia Winkleman’s book ‘Quite’ she writes a whole chapter on naps, and it filled me with joy. We’re either not talking about naps enough, or we’re just not taking them. Which given you can’t move for someone extolling the virtues of ‘self-care’ seems bizarre – it’s the ultimate shut-off from the world.

A nap makes me a better person. I am grateful to Doug for showing me the kindness of keeping the kids at bay. I slope downstairs and realise that, 9 times out of 10, they can spare me for an hour and they often don’t notice I’m gone.

If you think you don’t have the time, maybe just pause for a second. Of the countless hours of screen time, could you spare 30-60 minutes a week for a nap? Do you need to look at someone’s cousins beautiful wedding from 2015, or would you benefit more from a little shut eye? Is it imperative that you share that video of a very cute kid tap dancing with gusto, or might 40 winks make you see a bit more joy in your own life? This isn’t to shame anyone for their screen time, but more place higher value on SLEEP. Especially if, like me, you spend a lot of time bemoaning how little time you get for yourself and how tired you are. 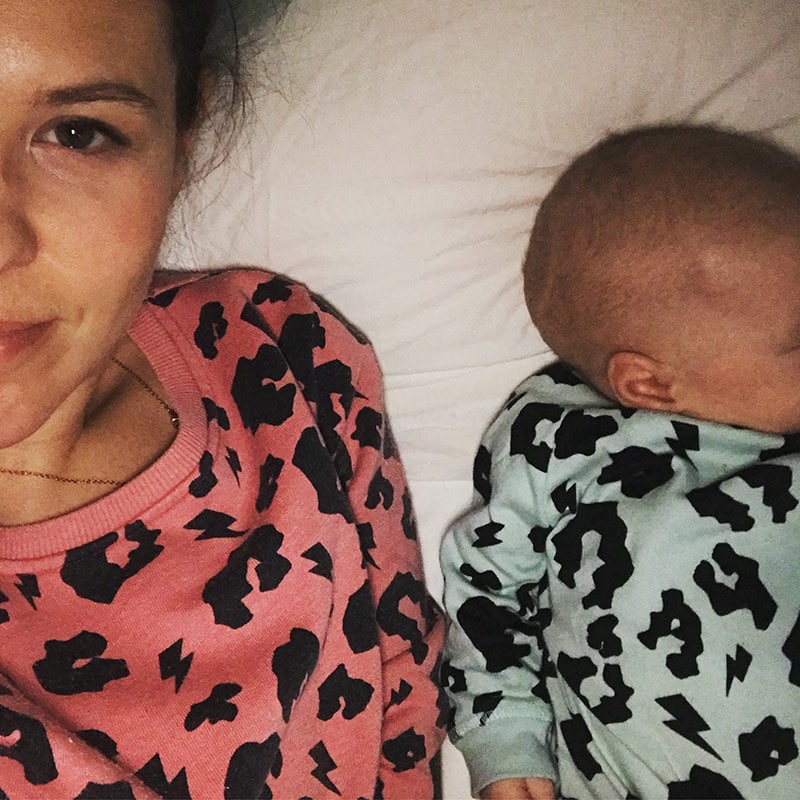 Here are some basic rules I like to adhere to, to maximise my nap potential:

I will say though, practice makes perfect. Occasionally people tell me they don’t like how they feel after a nap. That groggy, furry-mouthed, discombobulated feeling? It’s still better than the Gollum-hissing, joy-sucking woman I was before the nap. And as for the jobs that need doing, I’m afraid they’re never going away but when you’ve had a bit more sleep, I can promise they feel less suffocating.

In appreciation of World Sleep Day, we’re giving a Sleep Package away worth over £60. To enter, visit our Instagram.

You can put together an unwind package below.

* from Sleep by Nick Littlehales
Illustration from Old English Co.